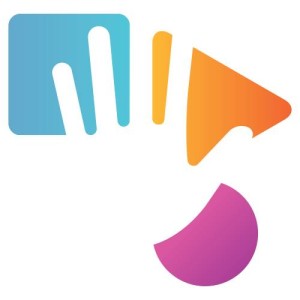 As a Naturopathic Doctor who has been focused on treating autism for 14 years, I continue to be amazed at the impact of dietary changes on autism spectrum disorder.  I initially trained as a DAN! doctor, which stands for Defeat Autism Now!  DAN doctors recommended removing gluten, dairy, soy, sugar and corn.  Thousands of children have benefited from this approach but the most current medical research on using diet to improve symptoms of autism is telling us that it is crucial to remove ALL complex carbohydrates and ALL dairy from the children’s diet in order to help them achieve their optimal potential.
Medical researchers and experts, including Dr. Martha Herbert, Pediatric Neurologist and Assistant Professor at Harvard University, agree that the information coming out of the Human Genome Project and the Human Microbiome Project makes it clear that environmental toxins and abnormal gut bacteria are combining to create the “perfect storm” of circumstances that are contributing to the dramatic rise in autism.  1 in 6 Canadian children have a developmental delay and 1 in 68 children are diagnosed with ASD.

The Human Genome Project, funded by the National Institute of Health, has identified 35, 000 genes in the human genome.  Now, researchers are trying to identify how those genes impact human health and interact with the environment.  Genes can come in different forms.  As individuals, we carry a certain FORM of a gene.  The form of the gene, in some cases, can play a huge role in increasing susceptibility to toxins, both in diet and in our environment.

For example, many children diagnosed with autism, carry a form of the gene MTHFR that makes it difficult for them to convert folic acid into methyl folate.  Researchers at the Arkansas Children’s Research Institute have identified that children with a diagnosis of autism have impaired methylation.  Folic acid conversion is a very important part of healthy methylation so children with an altered form of MTHFR can further slow methylation by eating foods high in synthetic folic acid.

In the late nineties, both the U.S. and Canada mandated that all GRAINS were fortified with synthetic folic acid.  The goal was to reduce neural tube defects but for families who carry altered forms of MTHFR, their ability to create methyl folate in the body was further impaired by large amounts of synthetic folic acid in the diet.

So, the best strategy for most children with autism, is to remove the grains from the diet so that their body’s can start making and using more methyl folate.  Supplementing with more methyl folate is also an option but keep in mind that synthetic folic acid binds PREFERENTIALLY to folate receptors basically causing a clog that can only be addressed through dietary removal of folic acid.

The methylation cycle is needed for many aspects of cell function including the production of glutathione.  Glutathione is the “master antioxidant” and is needed for healthy development.  Up to 80% of this crucial molecule is depleted in autism.  Treatments like methyl B12 injections, B6, NAC, folinic acid and diet improve production of glutathione.  Dietary intervention is an essential part of biomedical success.  Gluten and dairy stop the absorption of NAC which is needed to make glutathione.

Some great books that discuss this dietary approach include:

The Human Microbiome Project, also funded by the National Institute of Health, has taught us that the bacteria in the gut outnumber us 100 to 1.  This means your gut will make more decision in one day than you will in a lifetime.  Most of the important “decisions”, the metabolic activity, take place in the colon.  Refined foods (rice, bread, corn, crackers, bagels, cereal, pancakes, waffles, pasta etc.) breakdown in the small intestine, leaving no nutrients to feed the good bacteria in the large intestine (colon).  With no nutrients, the “good bacteria” in the gut start to reduce in numbers, leaving room for “opportunistic” or “bad” bacteria.  Unhelpful microbes share genetic information and create biofilms with the help of metals like mercury, lead, aluminum, iron, magnesium and calcium.

The gut has many functions including:

Microbes that feed on carbohydrates like yeast and clostridia, when given the opportunity, will, essentially, slow the brain down by creating brain toxins, sequestering nutrients, impairing fat delivery to the brain and causing oxidative stress (a type of stress that occurs when the energy systems of the body are impaired).  Most of the brain is made up of immune cells, called glia. Glia require energy from the mitochondria to function properly.  Microbes in the gut can reduce “power” in the brain contributing to language, social and cognitive delay.  The resulting energy deficit results in developmental delays and also contributes to “autistic” behaviours triggered by frustration, pain or sensory dysfunction.