Do children with autism need melatonin to regulate sleep?

Melatonin is often deficient in autism.  If you ha 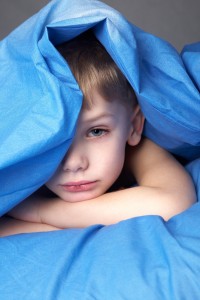 ve a child diagnosed with autism, or who you suspect is on the spectrum, chances are they are having trouble getting to sleep or staying asleep because they don’t make enough melatonin.

Sleep is essential to support optimal development and parents report 83% of children with autism have a sleep disorder.  There are a number of different medical concerns contributing to sleep issues in children with suspected autism or in children who are already diagnosed.

Probably the most important factor leading to sleep issues in children with autism is methylation impairments which result in lower levels of melatonin being produced.

Melatonin is the sleep hormone that controls sleep and wake cycles.  Light affects how much your body produces, less in the shorter days of winter and more in the longer days of summer.  Also, unfortunately, melatonin production is often decreased in autism because of the prevalence of methylation impairments in this population.

Serotonin converts to melatonin using co-factors which are vitamins or compounds that support the process from start to finish. Defects in methylation slows this conversion.  Likewise, deficient co-factors and building blocks that result from gastrointestinal dysfunction lower levels.  Toxicity will cause alterations in the way the cell is functioning,again, resulting in sleep impairment.

The importance of methylation in the production of melatonin:

Research at the Arkansas Children’s Research Institute has identified that 90% of children diagnosed with autism have methylation impairments. Changes in the way the methylation cycle is working changes the way children produce brain chemicals like serotonin which plays a central role in sleep regulation. The folate cycle produces serotonin.  Serotonin converts to melatonin with the help of B5 and SAMe; a compound made by methylation.

Methyl B12 injections and dietary intervention improve methylation in children diagnosed with autism.  Methylation is dependent on MB12 injections are 100% absorbed resulting in dramatic shifts in the body’s ability to produce serotonin, dopamine and glutathione.

How does the cell danger response disrupt sleep?

Dr. Naviaux’s landmark paper on the cell danger response (CDR) further explained how toxins like heavy metals, microbes and/or chemicals can cause a cascade of physiological and biochemical changes in autism and other chronic conditions.

When the cell membrane is damaged, our mitochondria produce a danger signal which is an acute and immediate response to damage.  Mitochondria are the energy production factories in our body and are uniquely sensitive to toxic insult.  The cell danger response (CDR) triggers the release of energy, oxygen and reactive oxygen species (ROS).  Reactive oxygen species are free radicals that help at first but cause damage long term. The body exists in a state of balance.  It will not function properly in an “acute” danger response state.

With respect to sleep, the CDR impairs methylation, depletes glutathione and leads to disruption in regular biological rhythms.

Sleep and melatonin production depend on healthy digestion:

The amino acid tryptophan converts into serotonin.  Amino acids are the building blocks of protein.  Protein is digestive in the gut with the help of enzymes. Children diagnosed with autism experience a high frequency of digestive concerns including constipation, diarrhea, reflux and alterations in their microbiome.

The digestive tract makes 95% of the body’s serotonin. Inflammation and damage in the gut due to medical issues leads to lower serotonin levels.  Melatonin is a great “bandaid” but long term biomedical treatment focuses on dietary intervention, essential fatty acids like omega 3 and 6 in addition to zinc to repair the gut lining.

Another cause of melatonin depletion in the autistic gut in the alterations in the microbiome resulting in overgrowth of yeast and clostridia.  Yeast depletes vitamin B6. which is needed to convert tryptophan to serotonin which means that high levels of this microbe will significantly impact sleep.

High level of the bacterial family clostridia can also negatively impact sleep.  Overgrowth of clostridia leads to depletion in glutathione and carnitine while also impairing methylation.

A healthy gut produces melatonin.  Likewise, melatonin regulates digestion because it plays a role as a synchronizer of the biological clock.  The gut is 100% responsible for post-natal development.  In the gut, melatonin, governs intestinal reflexes, motility, the immune function, gut secretions, energy balance, pain regulation and protects against inflammation.

The gut contains at least 400 times more melatonin than the pineal gland and produces its own melatonin.  It plays a large role in maintaining gut health; both in a healthy digestive tract and in gut disorders.  Children diagnosed with autism have alterations in their gut flora in addition to higher prevalence of constipation, diarrhea, reflux and pain.

The balance of good bacteria in their microbiome is not the same as typically developing children.  Melatonin levels change gut flora and improve anti-microbial actions.  With the startling numbers of children experiencing both gut issues and sleep issues, this new research about melatonin’s role in gastrointestinal health could provide clues about treatment and repair of these biological systems.

Research on melatonin and sleep issues in autism:

Using melatonin to regulate sleep can be life changing for children diagnosed with autism as well as their care givers.  A review by Rossignol et al. showed evaluated eighteen studies on melatonin.  The results identified improvements in sleep duration, sleep onset latency, and night-time awakenings.

Their findings show that most children diagnosed with autism have:

Sleep problems in autism start at the same age as regression, suggesting a higher vulnerability at this period of life. Healthy sleep patterns are essential to support neuroplasticity and development.  For that reason it is important to address sleep issues immediately.  According to the Center of Pediatric Sleep Disorders, studies of melatonin use in children with ASD provide evidence for its effectiveness and safety in the long run.