Cognitive function often appears to be impaired in autism.  Mounting research and individual reporting, however, is shifting our perspective on cognitive capabilities for children and adults diagnosed with autism.  Children and adults who are able to communicate, both verbally and non-verbally, report that they are able to understand and learn but lack the ability to coordinate movements to respond. 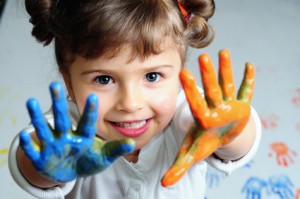 “half of children with autism who speak few or no words have cognitive skills that far exceed their verbal abilities.”

~ Vanessa Bal, assistant professor of psychiatry at the University of California

A study by Vanessa Bal evaluated 1470 children.  The results showed that 43 to 52 percent of minimally verbal children have significantly higher nonverbal than verbal intelligence scores.  Part of the problem is in the evaluation of children with developmental delays because cognitive evaluation depends heavily on motor planning which is impaired for at least have of the people diagnosed with autism spectrum disorder.

How can you assess cognitive abilities in children who can’t control their bodies?

Expressive language is dependent on the ability to coordinate the muscles in the mouth and other articulators.  So let’s say that you ask a child with autism a question.  What if they can’t control the muscles in their mouth?  How do you know if they know the answer or not?  The same problem arises when depending on pointing to confirm cognitive status.  If you ask a child to point to a horse, you are relying on their ability to control their body.

Research on genetic mutations and motor skills identify that children who have more changes in their genes, have more motor and intellectual delays.  Our combined experience as autism doctors would contend that the intellectual delays are actually severe motor planning impairment making it impossible for children to show you they understand.

Methylation is essential to support executive functioning in the brain. Methyl B12 injections have been shown to support focus, attention, working memory and starting and finishing tasks because it helps to product serotonin, dopamine and GABA.  Methylation is also required to produce components of the cell membrane including carnitine and phosphatidylcholine. Impaired methylation will impact a child’s ability to perform cognitively but is not a direct marker of capabilities.

Biomedical treatment results in dramatic changes in cognitive performance, providing much needed fuel (made in the mitochondria) to support motor planning and methylation support that enhances executive functioning.

The importance of presumed competence:

This concept of presumed competence was first introduced by psychologist Dr. Anne Donnellan and proposes that the least harmful choice, when working with children who have different needs,
is to presume they are competent. Presuming that a child with limited verbal communication understands everything doesn’t hurt that child. The opposite presumption—presuming the child has a mental deficit—can create harm.

A child “locked” in her own body can’t show you she understands by speaking or pointing.  Severe motor planning impairment necessitates biomedical treatment of autism becoming mainstream.  There are millions of children who require medical intervention to improve both quality of life and cognitive performance.